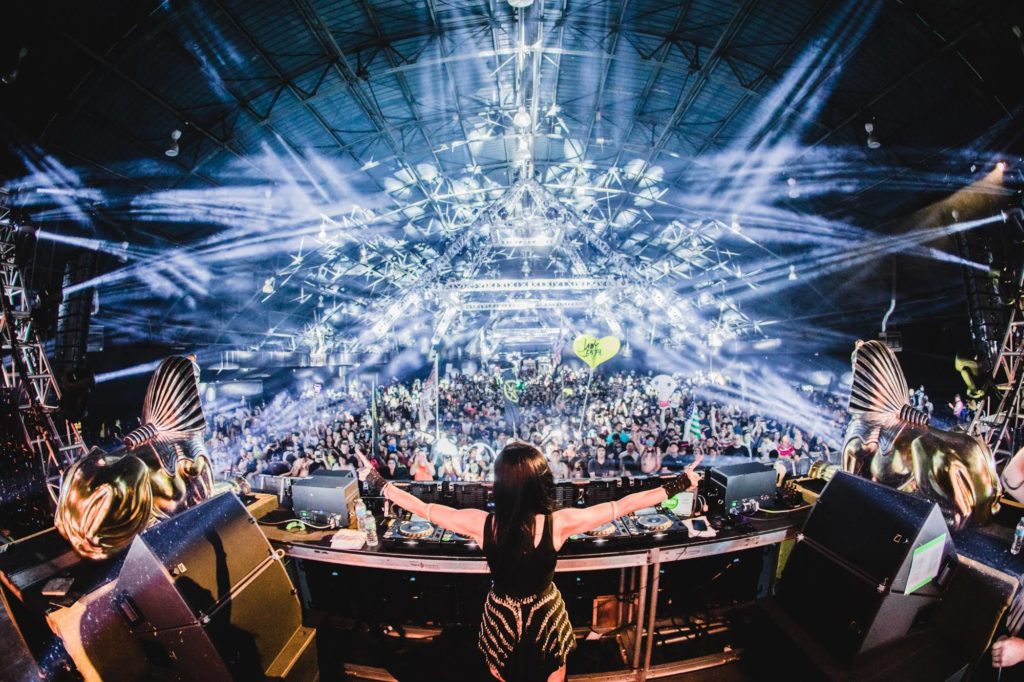 During the 2 day Basscon Wasteland weekend excursion, we got to sit down and have a chat with Lady Faith.

We asked her about her history in music while growing up in Iran. Given her background as a female from the Middle East, rising as a DJ in the States, we wanted her scoop on how she overcame the obstacles in her path. She had some great advice to offer women from oppressed cultures who aspire to become a part of the music they love!

Having grown with the American Hard Dance scene for many years, she also had some insightful input on what she thinks will help spread the sound of the underground in the future! 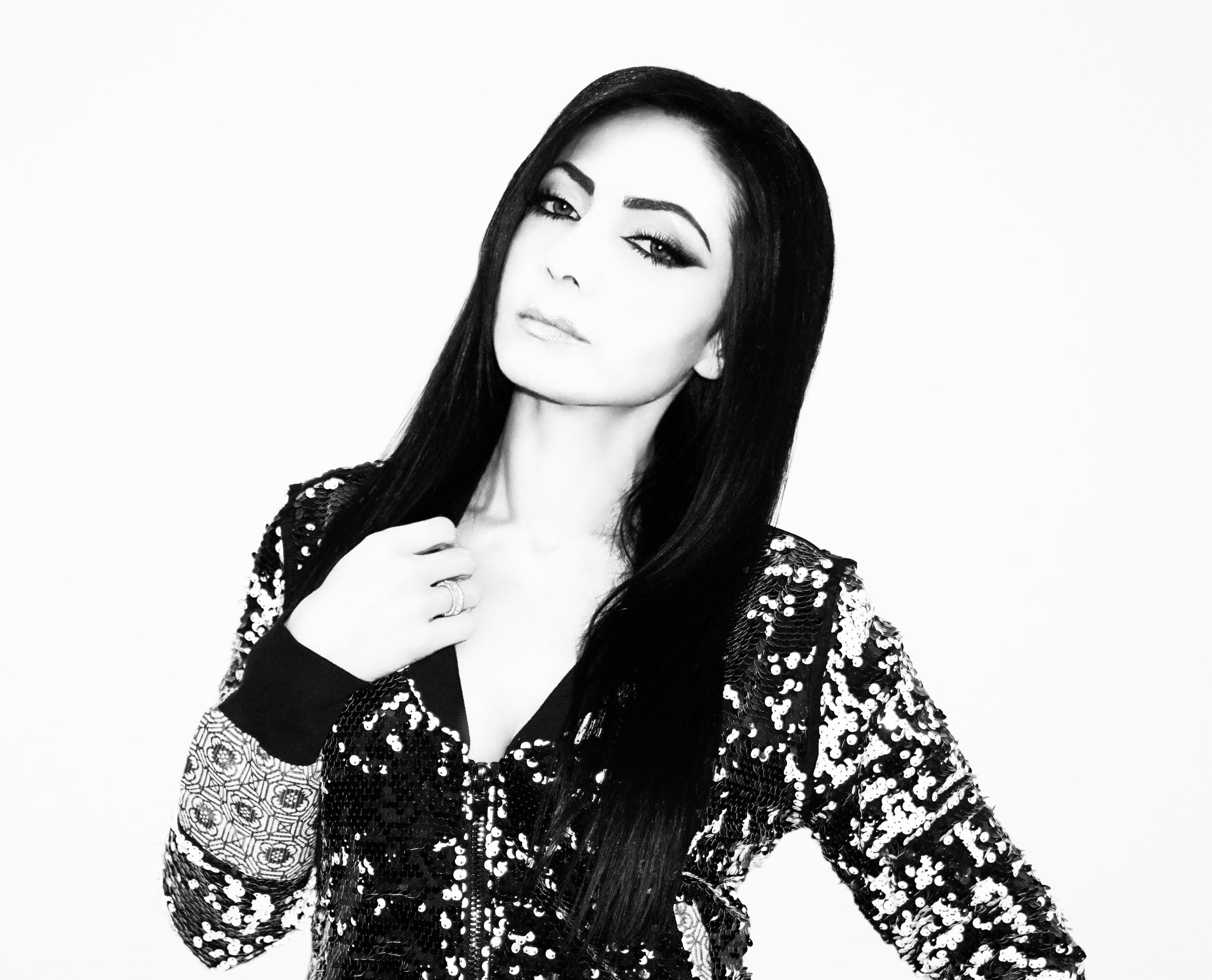 When you were living in the middle east did you ever get any exposure to Hard Dance Music? What was your first time really experiencing it?

“In Iran we grow up listening to predominately Persian music, so music was all around me. I was basically raised with music, you know rhythm runs in our veins. Even my little niece, you kind of snap your fingers and she starts dancing, it’s adorable. We got a lot of music from Europe, and Europe has always been into Electronica music, so I did experience a certain level of it, but it was very minor.

When I really got into it is when I moved to Los Angeles and started going to some of the clubs. At that time, they were playing all sorts of EDM, but Hard House and Hard Trance spoke to me the most. So, that’s where I got introduced to it and I’ve been in love with it ever since.”

You were a very early adapter of Hard Dance Music in the States, when was the moment you were inspired to become a DJ?

“It was a long time ago, I went to see Lisa Lashes downtown and fell in love with her style. I was already listening to hard house, hard trance and everything that was in, but when I had a chance to see her play live, a light bulb just went off. She is one of the greatest female DJs alive and the fact that she’s still working is fantastic to see. So, the light bulb went off in my head and I said, this is my calling, this is what I’m supposed to do, so I started practicing my mixing skills and working on music productions and here we are!”

Being a woman from the Middle East, was it difficult for you to express your musical interests before you came to the states?

“Of course. Not amongst friends and family, everyone’s okay with whoever you are out there. Just in the public eye, you can’t go out and have concerts or parties like this. At that time, you couldn’t really listen to loud music in your car because the morality police are all over the place. Right now, from what I’ve heard, I haven’t been there for many years, they’ve kind of lightened up a little bit, and more music has made its way into the mainstream culture. It’s always performed by men so there’s no women involved. Within the privacy of your home you can be whatever you want to be but when you go outside you’ve got to watch yourself or you will get into serious trouble.” 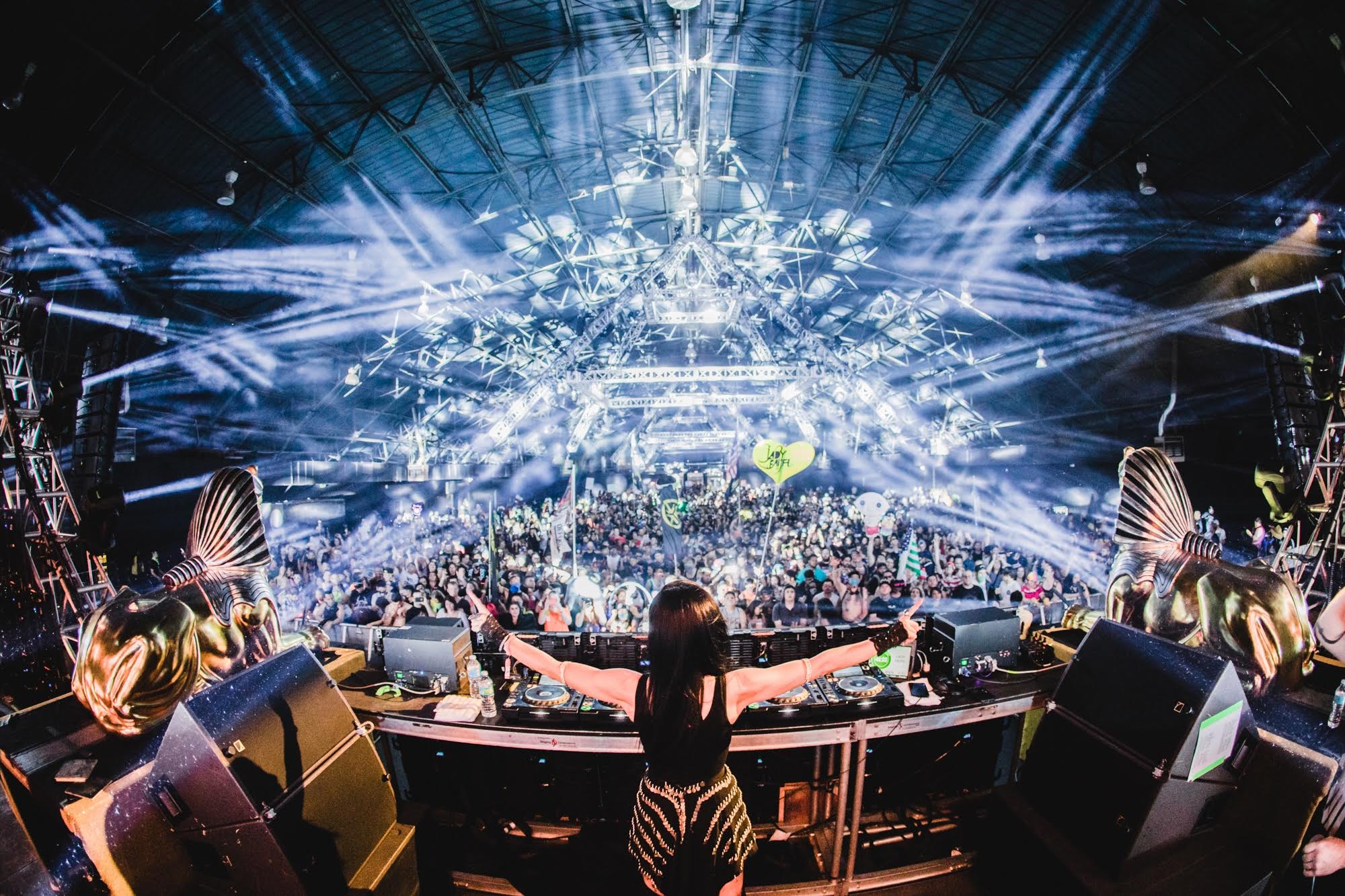 What advice would you offer to young women in the Middle East aspiring to have a career in music?

“You can do anything if you put your mind to it. I heard there is an Afghani girl, her name escapes me at the moment but she did a track about ISIS and everything that they had done to her country, especially how much they had oppressed females. So, she decided to stand up to them and create a track that told them off and now I heard there’s a bounty on her head from the radical group. It was so courageous of her to take a stand like that.

So if I can do it, if SHE can do it, you all can do it. It just takes a lot of will power, a lot of strength and courage. Don’t ever be afraid to be yourself.”

You wear the Zulfiqar-e-Ali sword around your neck. What kind of inspiration lies behind that symbolism? (having lived in the middle east myself, I owned the same kind of necklace for most of my childhood and noticed it right away)

“Well it was given to me by my father, and so it means a lot to me. It has become kind of like a good luck charm now and I always wear it or it’s always in my pocket when I perform. There hasn’t been a single event in all my years where that necklace has not been in my possession. Being a gift from my father, having history behind it, kind of went hand in hand, and I feel naked without it around my neck.”

Outside of EDM, what would you say has been the most memorable concert or festival you’ve attended?

“Evanescence. Oh my God, that girl’s voice is that of an angel. No matter if she’s just sitting at the piano singing a little song by herself or if she’s with her band, it’s just ridiculously beautiful to my ears.” 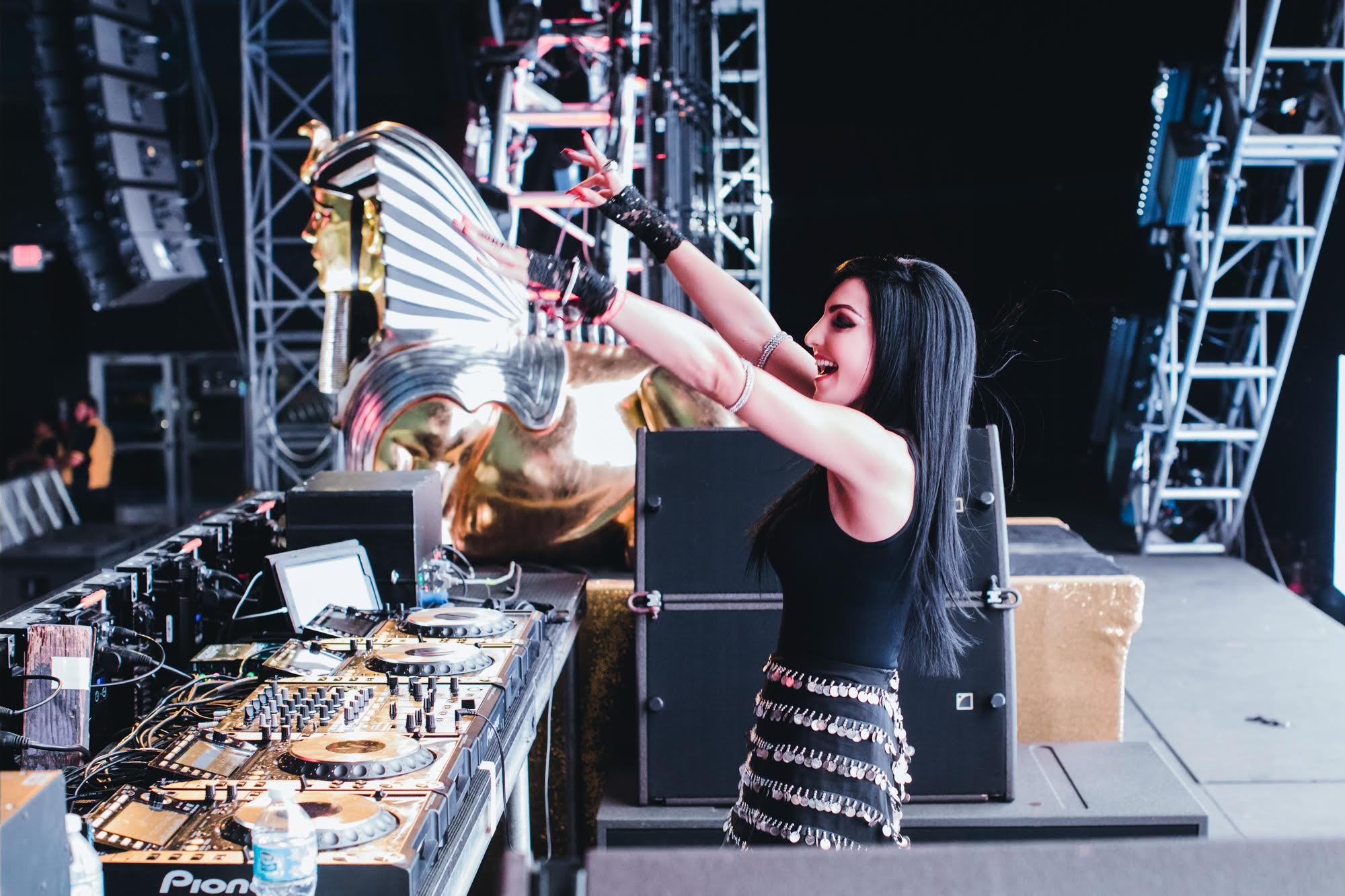 As compared to the American Hard Dance scene in 2010, how do you feel about its growth now 7 years later?

“I think we’ve had a fantastic growth. I’ve been working really hard, touring the states every year over and over again, making sure I spread the sound as best as I can. I’m so grateful for Insomniac for being such a champion for the hard dance scene. They have basically created a scene where more fans get a chance to hear our music and understand it, appreciate it and love it, so that’s a really good thing.

But one thing that I’m not really liking at the moment, which I’m disappointed in is other promoters, who are maybe a litter smaller than Insomniac but they really just stick with other genres of EDM and they’re not really giving Hardstyle a chance. I’m not sure if they’re scared of it or what, but unless you give it a try, and you let the people hear the music, you’ll never know if this genre actually works for you or not.

So, what I really want is for them to give us a chance, bring any of us to perform that you feel that’s proper for your event and see what happens! I think the fans in America deserve to hear all sorts of EDM so they can choose what suits them best. I had a show in El Paso where I closed the event, and before me there was I believe Trap and Dubstep, I closed the night and loved it! Apparently, so did the fans as I found a new following after the show.

Why can’t we have more events like that that have multiple genres? Everybody gets a little bit of what they like and that’s a great night, and the promoters make money. This is the trick, it’s the formula, progression of music throughout the night. If promoters listened, we’d ALL be successful so please listen to me!”

What are your goals and aspirations for your path as a Hard Dance DJ in the years to come?

“I’m going to try and push my career as far as it will go because this is what I love to do. When I’m on stage I’m alive, this is my calling. We will see where it goes, I’m still going to create a lot of tracks, I’m going to work at a lot of events and we’ll see what happens in the future. I’m not really sure, but the day that I decide to stop is the day when I’m going to take on up-and-coming artists and develop them and continue the hard dance scene and continue make it bigger, so I will never truly stop no matter how old I get.

This is my life and I can’t imagine a life without hard dance.” 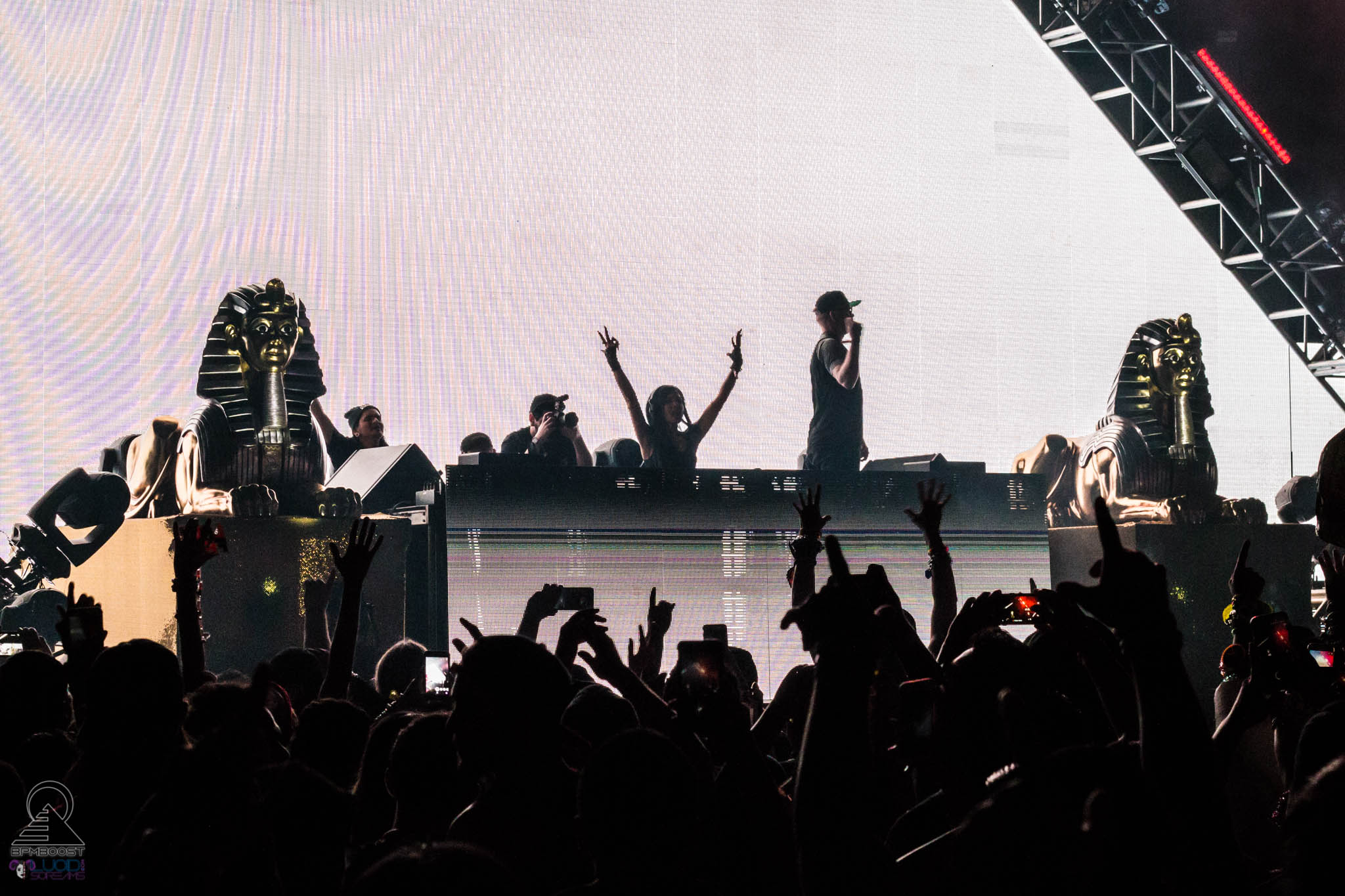 What music do you have in store for us in the near future? Any new tracks in the works?

“Well I just completed a track called “Take You Away,” and I just finished a bootleg of a 90’s track called “Lick it” by 20 Fingers. I played it tonight for the first time and everyone seemed to really bounce to it. I also just finished another track which I didn’t play tonight because it wasn’t appropriate as it was Raw. It’s a follow up to my Queen Bitch of the Universe track and I named it “Strife.” It’s like 155 BPM, Raw, kind of crazy, and just wasn’t right for tonight’s set. I like my music to be very edgy and diverse.

This year will be a great year for Lady Faith productions.”

Is there anything you’d like to say to your fans and Hard Dance enthusiasts that look up to you?

“First of all, I’d like to say thank you so much. For all of your continued support, it’s been an amazing ride and I want you to come out and support all the hard dance artists. I want you to support all Hard Dance events and I want all of us collectively to grow the scene in America. I appreciate all the support the community has already done so far but our work is not complete; it’s actually just beginning so we need to push harder. Let’s get together as the family that we are and make this happen, make the scene bigger and show other fans of EDM that hard dance is the best of all the many EDM genres!”

It was refreshing to be a part of Wasteland and to discuss Hard Dance with artists who are in it for the love of the music!

BPM Boost supports events with a boosted progression in tempo. We throw events starting with techno and ending with the Harder Styles. Diversity makes everyone feel happy and accommodated at a show!

Lady Faith believes THAT is the formula to the lineup of a successful event – Genre Diversity and Tempo Progression throughout the night. It is the key to an ideal experience – promoters pleasing the fans, expanding the crowd of electronic music events and introducing a new flavor to people who would never otherwise give it a chance!